Time is running out for our Rhino.

“Never doubt that a small group of thoughtful, committed people can change the world; indeed, it is the only thing that ever has!”
-margaret mead

Time is running out for our rhino. Horn is seen as a mythical element in Asian culture; it is said to heal cancer, cure hangovers as well as common colds, it is used as a status symbol of wealth, it is called the new cocaine of the rich and it is worked into bracelets or carvings, while taking our rhino population to the brink of extinction.

Project Rhino’s K9 Team is out there day and night in Zululand in every weather, to look after our grey unicorns.

What motivates them is the dream of both species- the black and the white rhino- thriving while being protected and secure from poaching.

The dog breeds range from Malinois Bonnie and Mali and Dutch Shepards Spook or Bailey to Vodka, the Sable Shepard and Gunner, the blood hound- nothing and no one escapes their noses, even while running through the thickest underbrush, as they all have their place in the team, wether it is in detecting an illegal substance in a car or chasing poachers in the heat of the day or the dark of the night.

They are the newest low key weapon in the war against the illegal wildlife trade on the African continent.

When you spend time with these amazing fourleggers, you will realize how big their excitement becomes, when being able to work- with wagging tails and a fast pace through the bush as their handlers almost run behind them.

They live in kennels, with long runs, a bath and lots of shade, being trained daily by their handlers and trainers if they are not out on patrol or sniffing out poachers. 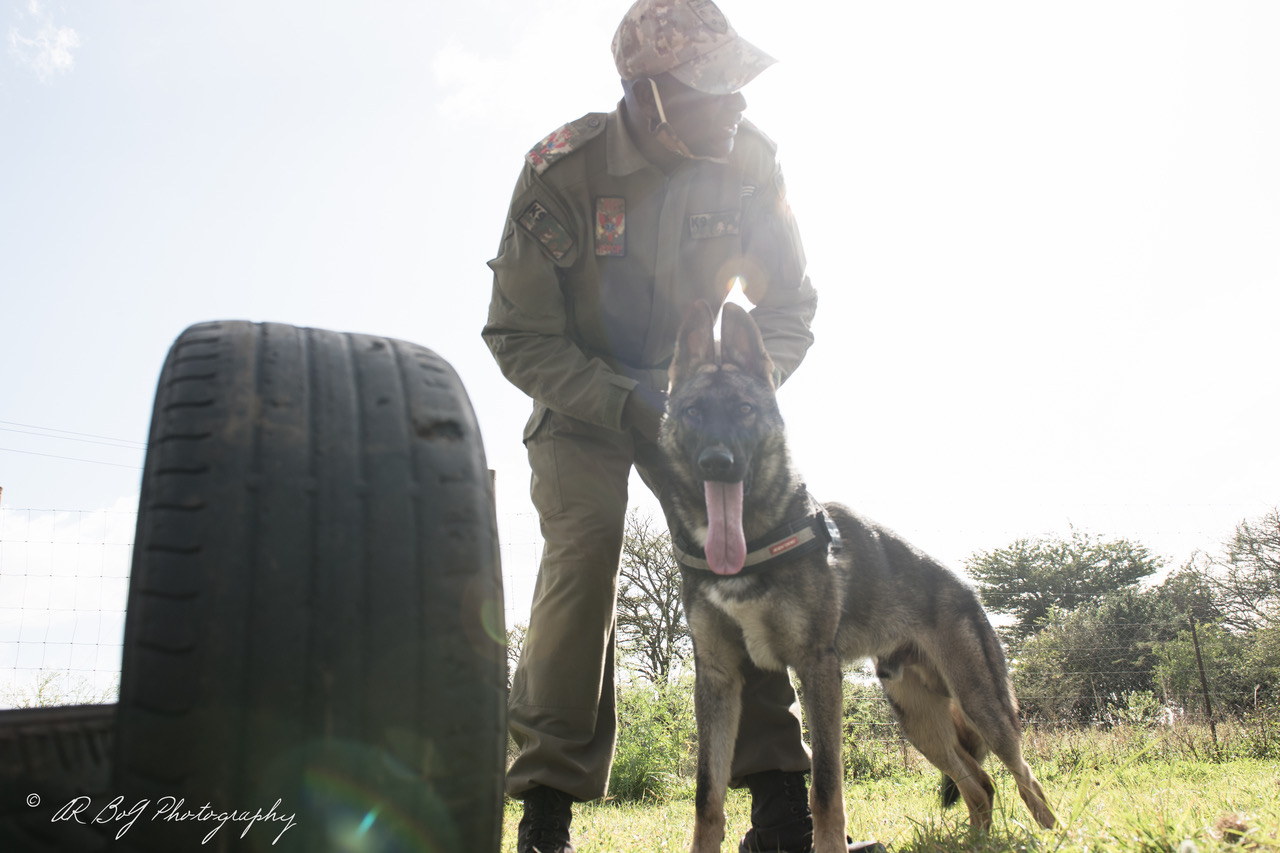 Detection training at the kennels. Rhino horn shavings, Ivory pieces or ammunition is placed in a toy and then hidden. They will sniff it all out then sit patiently, waiting for their favorite toy. 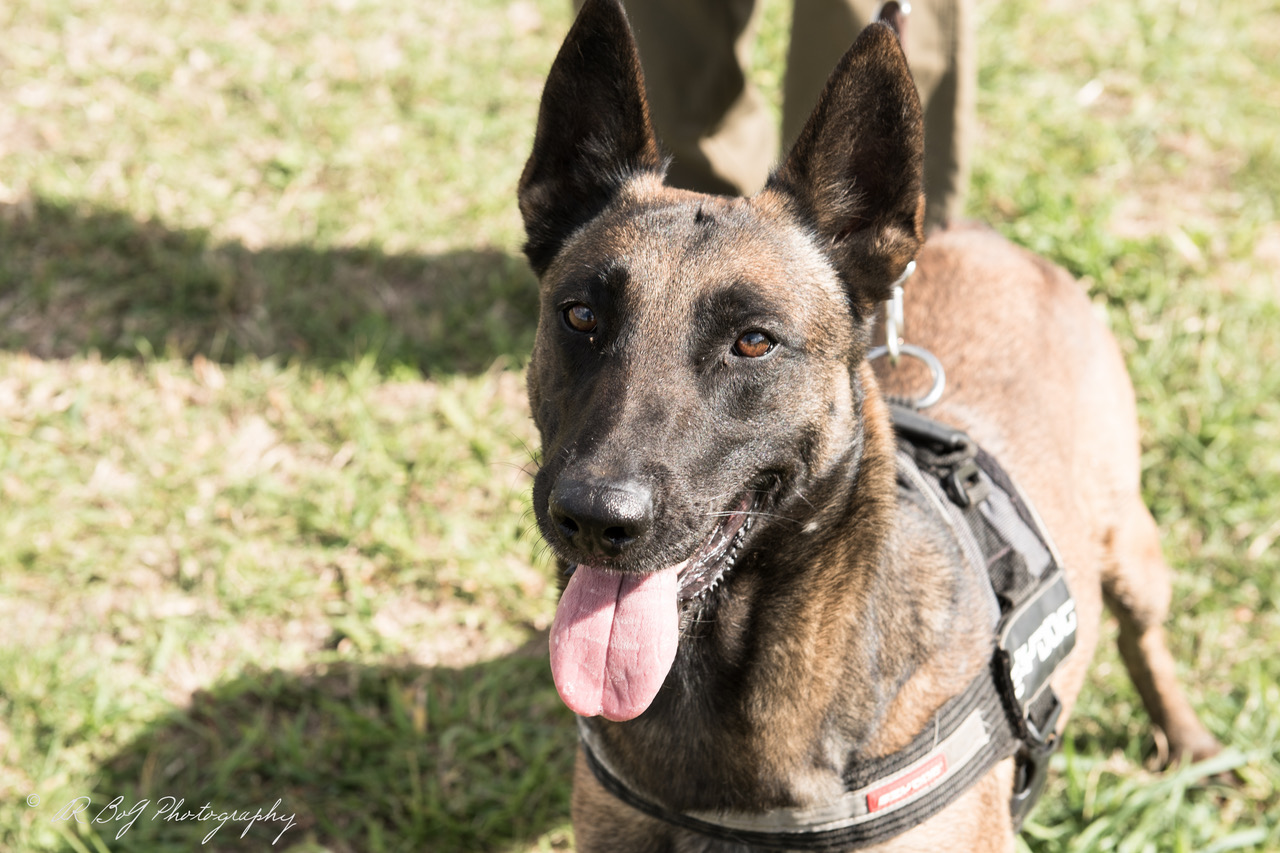 One of the Malinois ladies patiently waiting for her turn in searching tires. 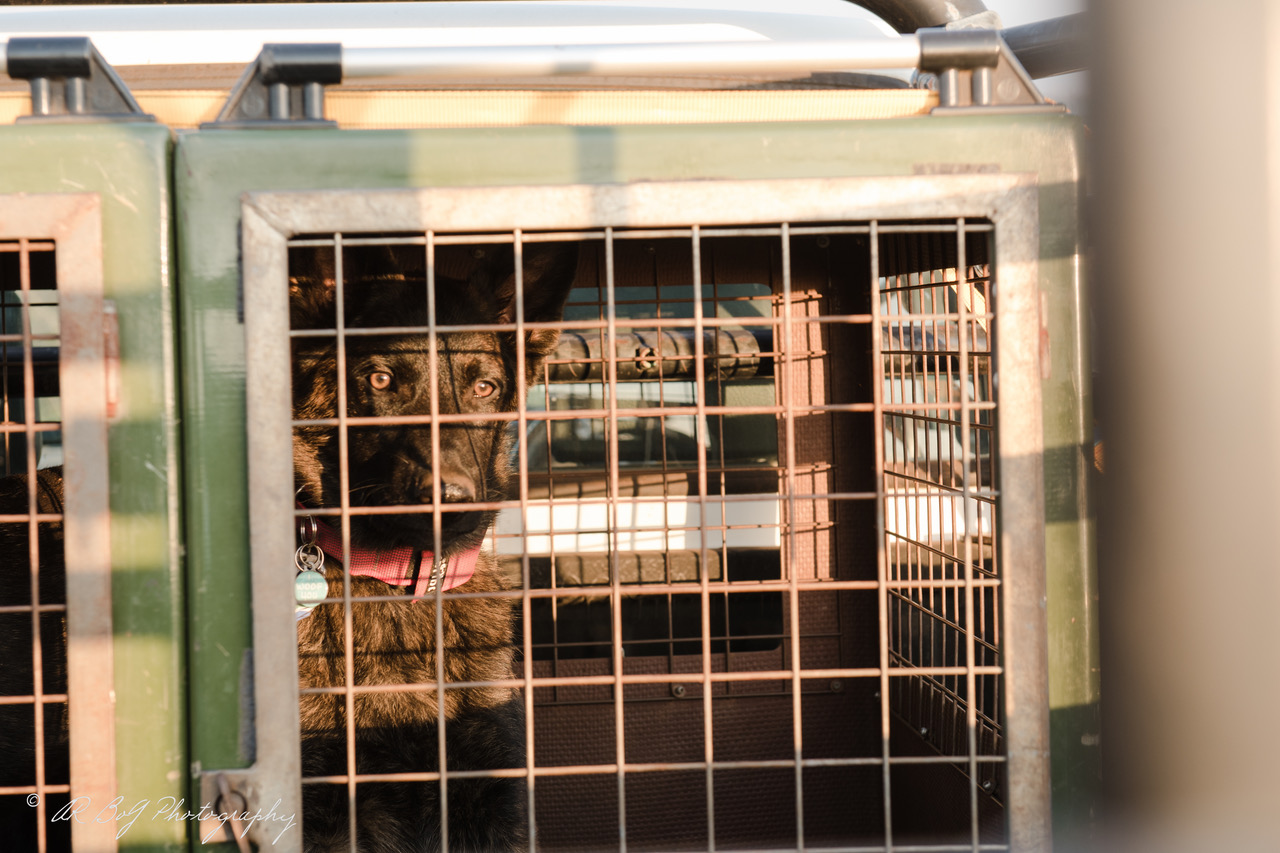 Ready for action. The dogs are transported on pick ups with kennels installed in the back. 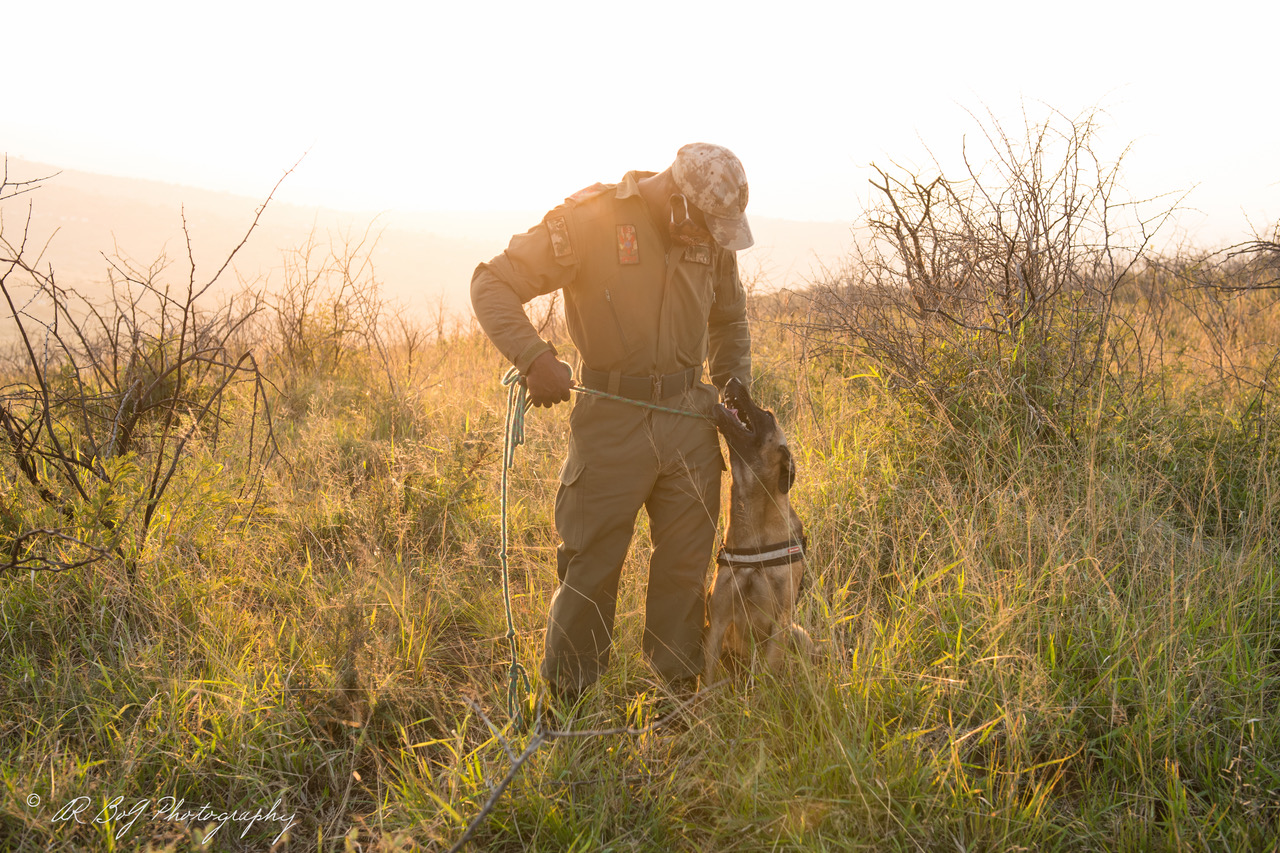 Getting ready to track in dusk 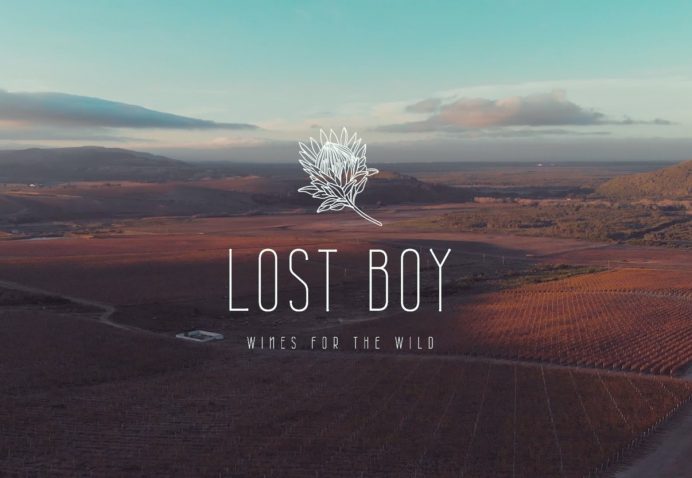